The Great Civil War between King and Parliament began on August 22nd 1642 when the King raised his Standard at Nottingham. It ended on January 30th 1649 with the execution of King Charles I. However from a military viewpoint the war consisted of two campaigns. The First Civil War was from August 1642 ending with the defeat of the King at Naseby in 1645.

The Second Civil War began in the Spring of 1648 when a Scottish army came down to England to fight for the King. The Scots were defeated by Cromwell at Preston. At the same time a force of 2000 men of the ‘Loyal Party’ (supporters of the King), who had fled to France, landed in Kent. They were commanded by Lord Goring and Lord Capel who raised the King’s Standard – many of the local gentry rallied to the call. They marched on London, but were defeated at Maidstone by a Parliamentary army commanded by General Fairfax. The ‘Loyalists’ then crossed the Thames into Essex and marched north pursued by General Fairfax and his force.

Knowing that Colchester was a fortified town, and also the home of one of their officers, Sir Charles Lucas, they decided to occupy Colchester and hold it until relieved by the Scots army which they considered would defeat Cromwell. On 11th June 1648 Lord Goring and the Royalist army arrived in Colchester and prepared to defend it. The Royalist force consisted of some 5600 men of which 1100 were horse (cavalry) and some 4500 foot (infantry). The next  day the Parliamentary forces arrived at Lexden.

During the first Civil War there was little activity in the Eastern Counties as they all supported Parliament – in fact the Earl of Essex was one of their commanders. It was during the 1648 resurgence in favour of the King that we became involved in the conflict. The occupation of Colchester by a Royalist army and the consequent siege of the town by Parliamentary forces sets the scene for the involvement of Boxted in the war. This involvement stemmed from one of the attempted ‘breakouts’ by the Royalists.

Below is an excerpt from the official history of the siege of Colchester which describes the events leading to the ‘Battle on Boxted Heath’. The attempted ‘escape’ from Colchester was on the evening of 15th July 1648. The battle at Boxted was on 16/17th July with the remnants of the Royalist force returning to Colchester on the 18th July.

This evening all the gentlemen volunteers, with all the horse of the garrison, with Sir Charles Lucas, Sir George Lisle and Sir Bernard Gascoigne at the head of them, resolved to break through the enemy and forcing a pass to advance into Suffolk by Nayland bridge; to this purpose they passed the river near Middle-Mill, but their guides having misled them the enemy took the alarm, upon which their guides and some pioneers which they had with them, to open the hedges and level the banks for their passing to Boxted, all ran away, so the horse were obliged to retreat, the enemy pretended to pursue, but thinking they had retired by North Bridge, they missed them, upon which, being enraged, they fired the suburbs without the bridge, and burned them quite down.

18th Some of the horse attempted to escape by the same way and had the whole body been there as before, they had effected it, but there being but two troops, they were obliged to retire.

The Battle on Boxted Heath

15th. This evening all the Garrison Horse 1000 strong left by the Rye Gate and crossed the river at Middle Mill (see map 1). We being at the head of the column and some 30 minutes in advance, we being in strength four troops (200 men) proceeded to the west of Fothergill’s Encampment. Our pioneers laid down the hedges and embankments, and we passed Fothergill’s Encampment without disturbing the enemy. When we passed into Boxted at some 20 minutes past midnight we heard the sound of battle behind us and knew the enemy had been alerted. Sir Bernard decided to advance to Boxted Heath where there was some cover, and to wait for the rest of our force.

16th. As dawn broke and the rest of our horse had not arrived, Sir Bernard dispatched riders to look to the country towards the Causeway (Nayland Road now A134). They returned mid-morning to report Local Trained Bands of muskets and pikes were defending all approaches. Sir Bernard, looking at his charts (see map 2), considered that iof we returned toward the woodland for cover, and then, leading our horses, came up upon their flank, we could overpower them and hold the pass to the Causeway till help arrived. This we did, and as we fell upon them they threw away their weapons and fled.

17th. We continue to hold our position, Sir Charles Lucas and Sir George Lisle have not arrived and we consider they have been forced to return to the town. Sir Bernard decides we must do the same, and we send forward our baggage. As we prepare to retire, a large force of enemy horse are seen preparing to attack us. We take position, and with Sir Bernard at our head, we charge, breaking the enemy line. However, we are very much outnumbered, and, leaving many of or dead and wounded on the field we abandoned our baggage, and disperse, and make our own way back as best we can. Those of us fortunate enough to get back, will reform and enter Colchester by the East gate where we still hold some of the outer works.

18th. Some two troops of our number (100 men) bedraggled and weary enter the East gate of the the town to find that Sir George Lucas and Sir George Lisle have suffered the same fate as ourselves, and like us, are very dispirited.

Four days later on July 22nd, Sir Bernard Gascoigne and his remaining horse escaped from Colchester via the Maldon road following a fierce engagement with the enemy and passed toward Tiptree Heath. Having good guides they escaped to Cambridgeshire where they dispersed. Sir Bernard Gascoigne was never taken. Following the abortive attempt to escape via Boxted, a troop of Roundhead horse were stationed at one of the large houses in Boxted Church Street.

There are many stories and events and happenings during the period of the siege of Colchester which concern the village. One of these tells of the escape from Colchester of Lord Goring, the Royalist commander. Although this diary of events cannot be substantiated by study of the official history of the siege, a local discovery tends to lend credence to the story.

One very wet night in early July 1648, a party of Royalists dressed in the uniform of the Parliamentary Army escorted a covered wagon, in which was a very sick Lord Goring, out of the North gate of Colchester. The Roundheads had at this time not completed their encirclement of the North of the town, relying on the river to deter any attempt by the Royalists to escape. There was a military bridge across the river and this was guarded by Fairfax’s men. On the night in question, the Roundhead sentry seeing a number of men in Parliamentary uniform with a covered wagon approaching the bridge, made no attempt to stop them and allowed them to cross.

The Royalist party proceeded North across Mile End Heath to Boxted, then over Boxted Heath to the Cross Inn. The landlord being in sympathy with the Royalist cause agreed for Lord Goring to stay at the Inn for a day or two while arrangements were made to get him out of the country. Two days later Lord Goring was taken to Langham, where he was rowed up the river to Manningtree to join a ship for France.

Meantime his Loyal supporters remained in the vicinity of the Cross Inn to cover his departure. Unfortunately the Roundheads discovered what had happened, and that members of their Army billeted near Boxted Cross were really Cavaliers in Parliament disguise. A Roundhead force was  dispatched from its Colchester encampment, the Royalist were set upon, and many of the Loyal Party were killed, still wearing their Parliamentary uniform.

In 1925 when renovations to Hill Farm House (near the Cross Inn) were being carried out by Messrs. Deaves of Nayland, it was noted that a plaster wall seemed not as solid as it should have been. When the wall was removed it exposed a small powder room (of 18th century origin – used by gentry to powder their wigs). In the ceiling of this room a trapdoor was seen and when a workman forced the door the skull of a man complete with Roundhead helmet fell upon him. Further examination of the attic revealed the rest of the skeleton plus breastplate and other items of Roundhead equipment. It seems as if one of the Royalists in Parliamentary uniform was wounded in the skirmish at the Cross Inn and hid in the attic of Hill farm to die of his wounds. This story does support the story of Lord Goring’s escape via Boxted.

The siege of Colchester ended on August 28th 1648 with the surrender to the Parliament Forces of the Royalist garrison. Of the 5,600 Royalist Force that entered Colchester on June 11th 3,526 officers and men remained to surrender. Although many of the missing 2,100 had been killed in battle or had died as a result of poor diet and disease, some had escaped, and quite a number had deserted.

The conditions of surrender imposed upon the Royalists by Parliament were as follows:

The Lords and Gentlemen all prisoners of mercy.
The common soldiers to have passes to return to their homes, but without weapons, and on oath not to serve against Parliament.
The town to be preserved from pillage, paying £14,000 ready money.

The same day General Fairfax called a council of war about what should be done with the prisoners of war. It was resolved that the Lords should be left to the disposal of Parliament; also that Sir Charles Lucas, Sir George Lisle, and Sir Marmaduke Gascoigne (brother to Sir Bernard) should be ‘shot to death’ although the sentence on the third gentleman was respited.

The execution of Sir Charles Lucas and Sir George Lisle took place in the Castle yard and a monument marks the place of execution. So ended the siege of Colchester. 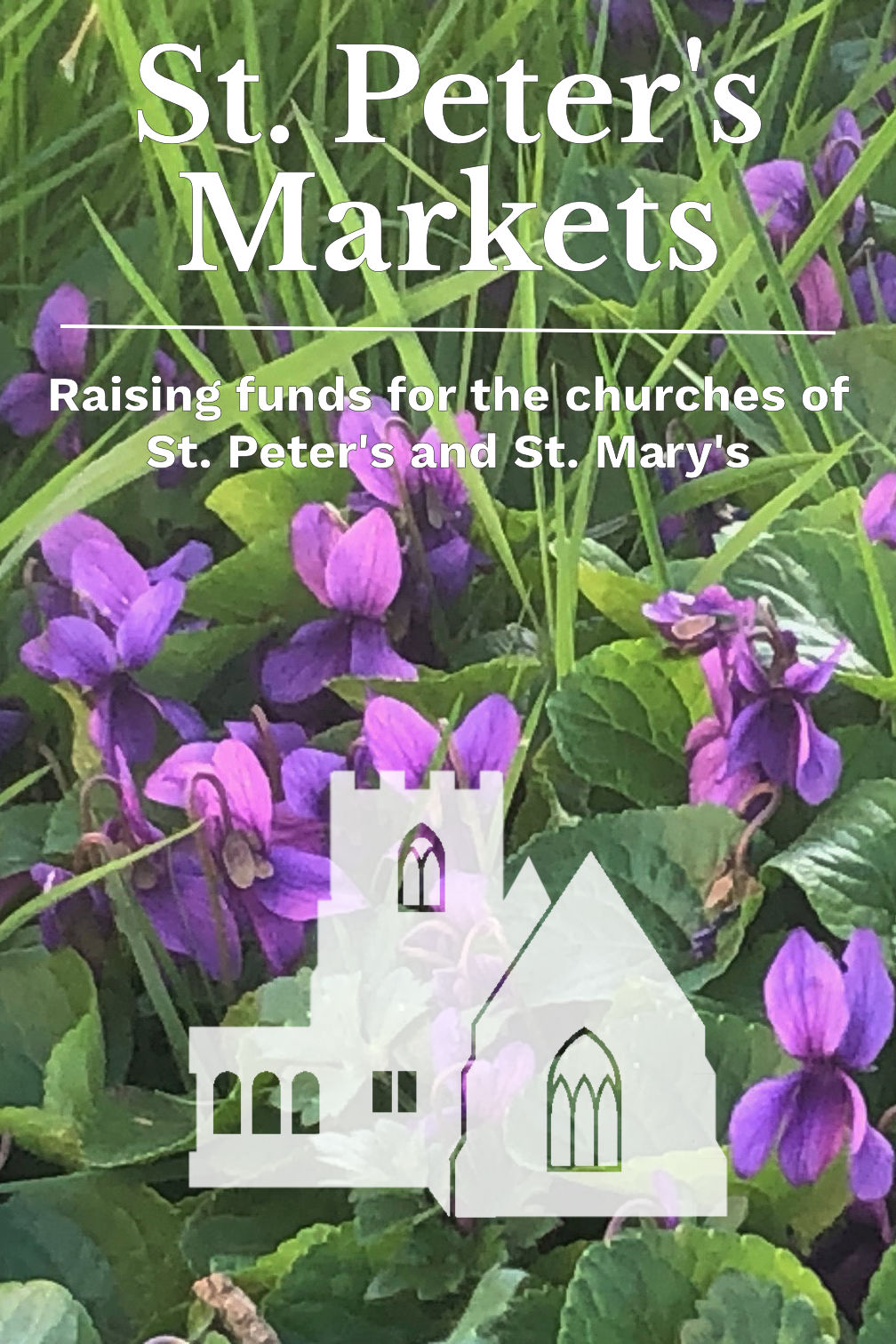